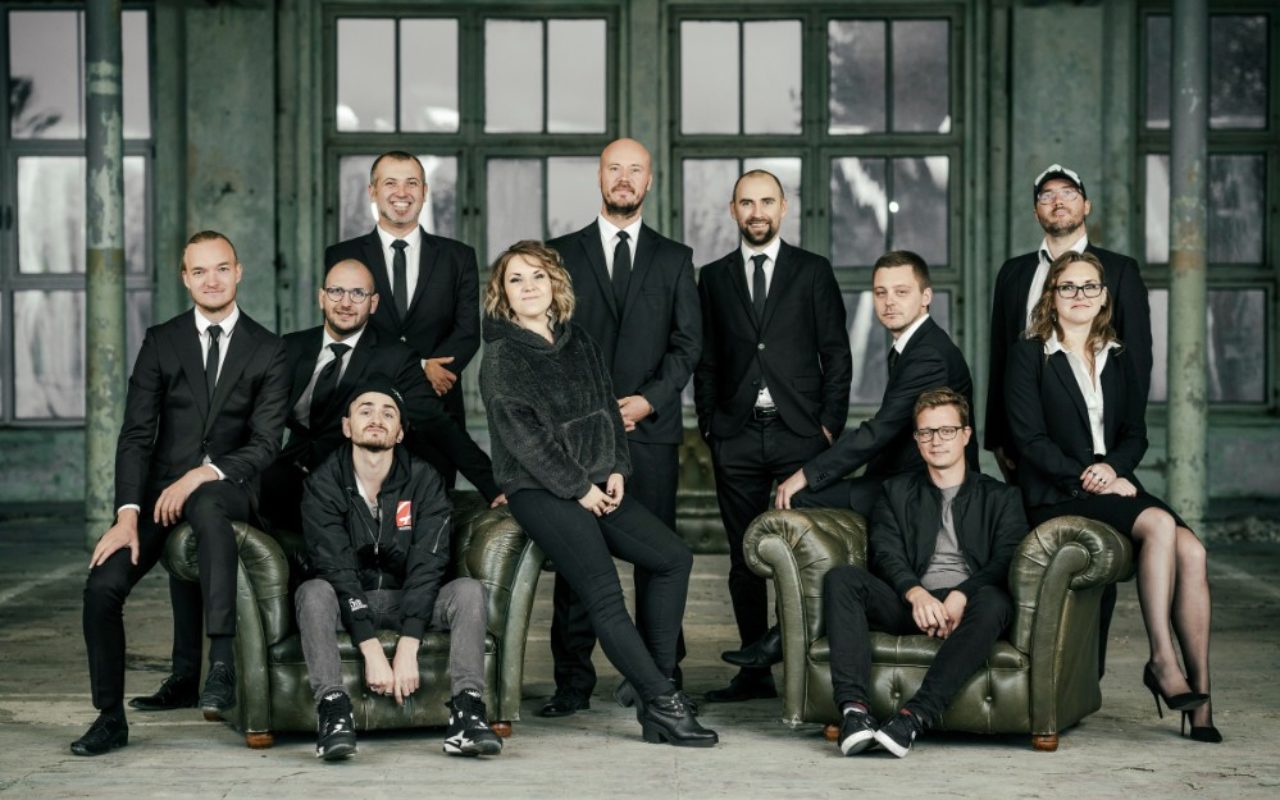 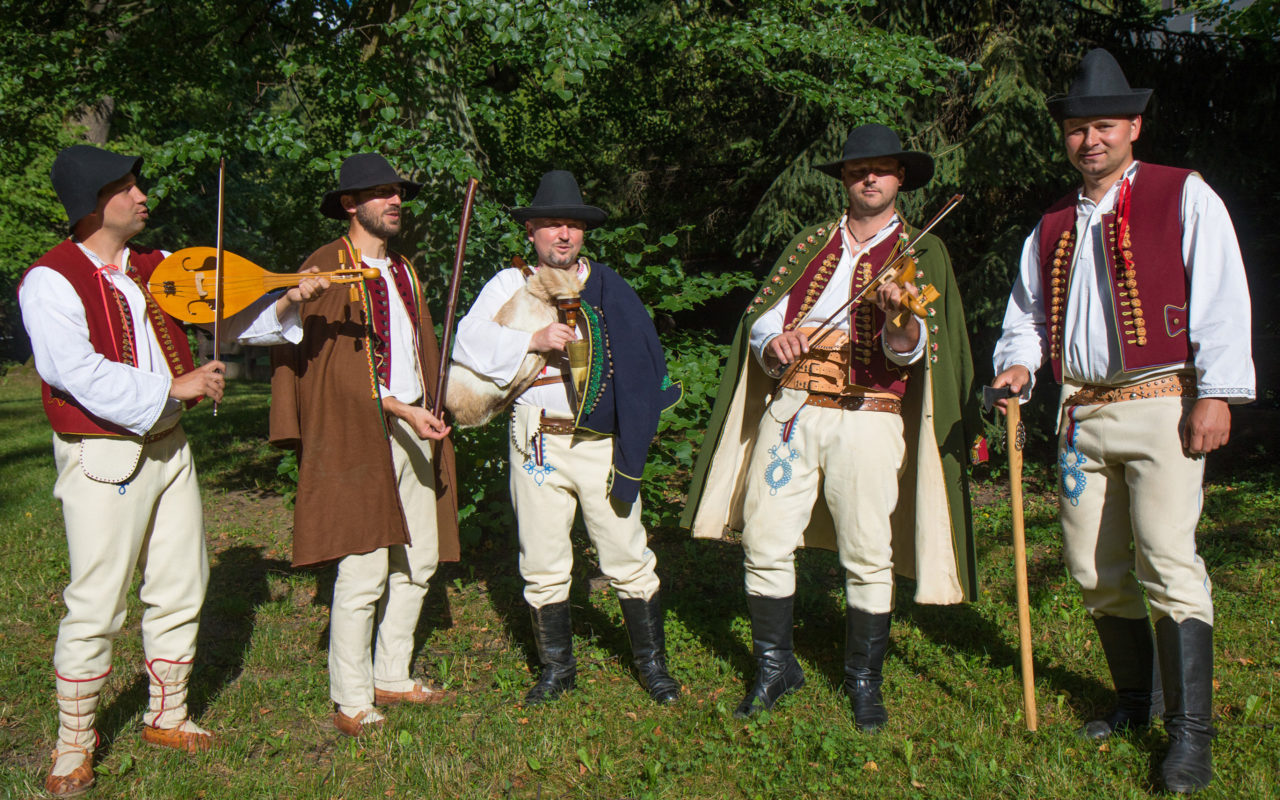 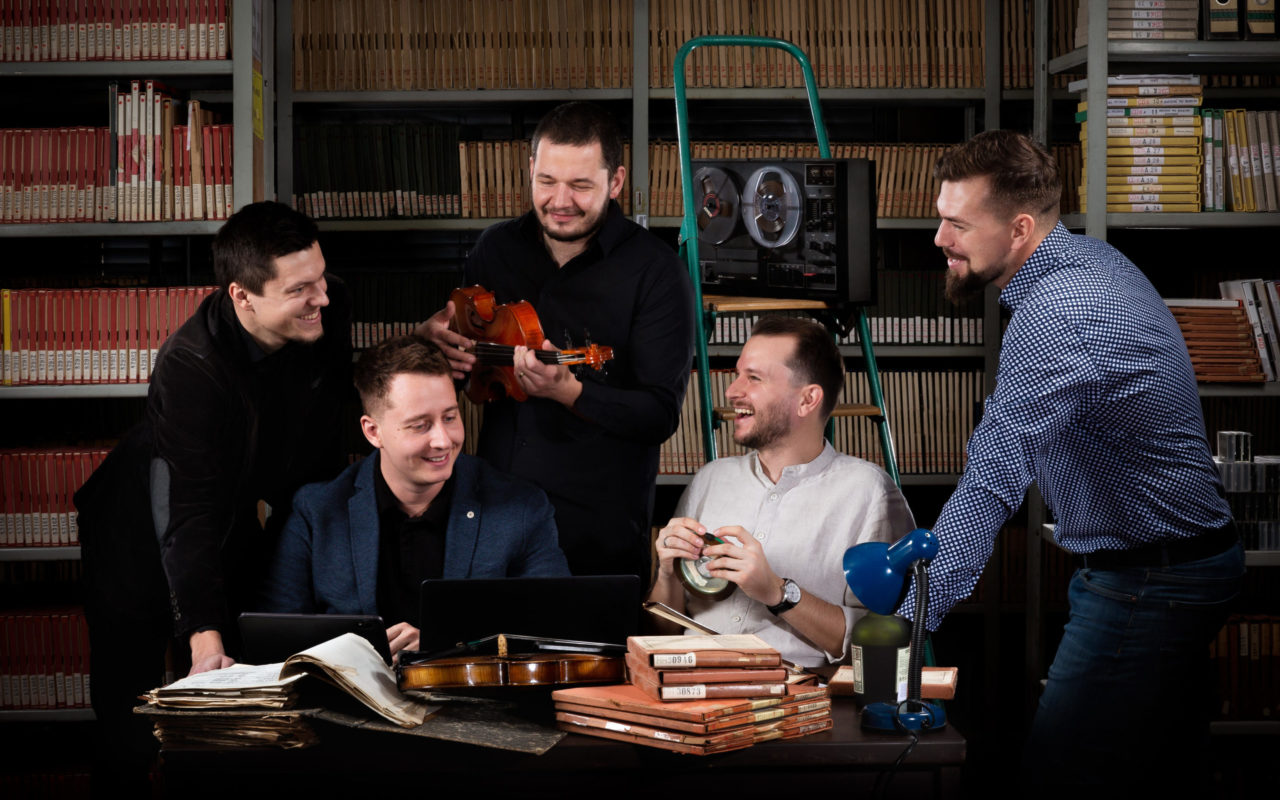 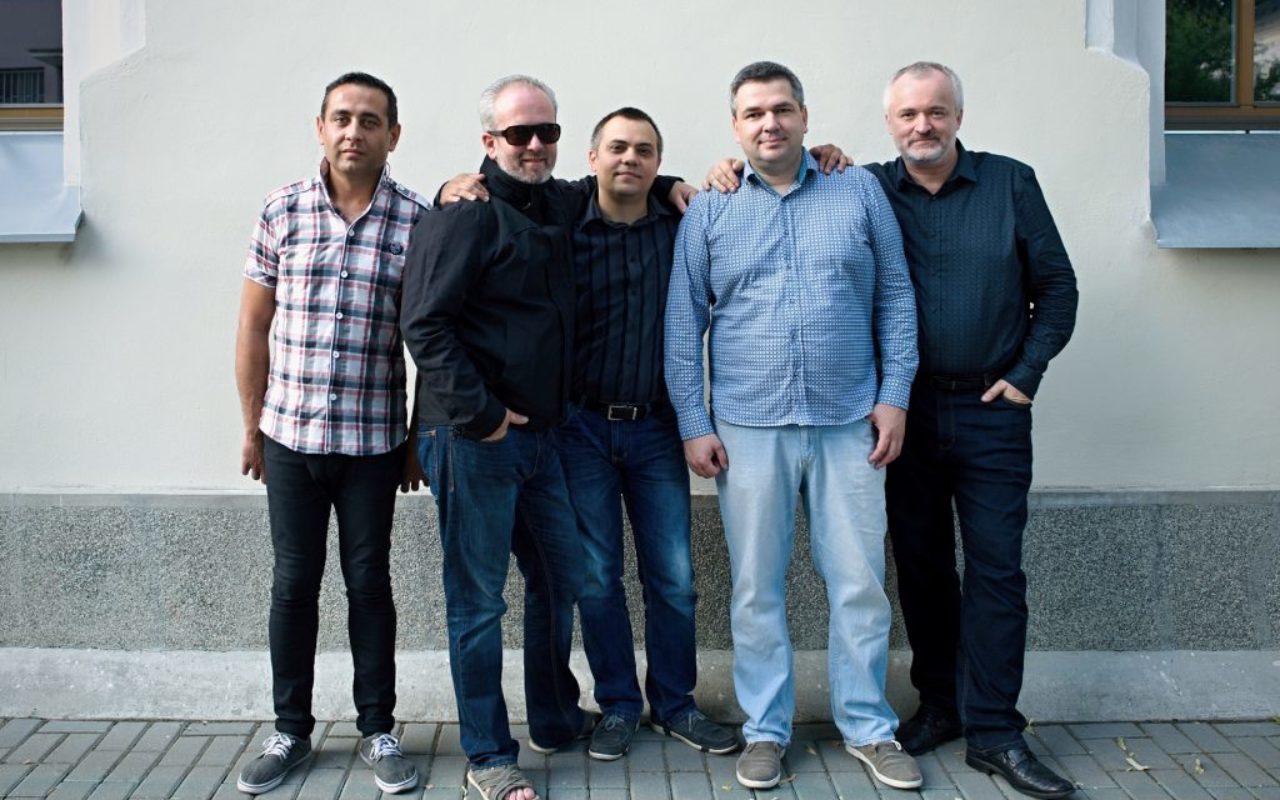 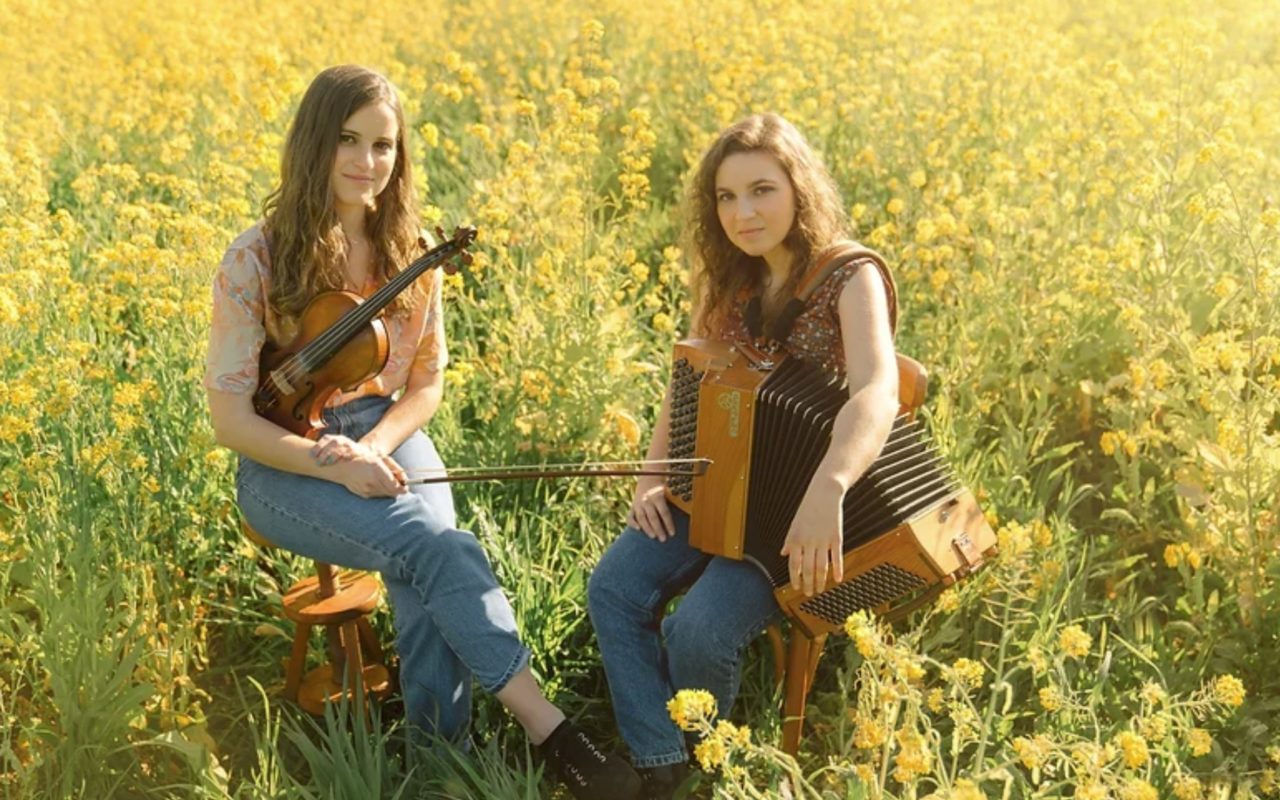 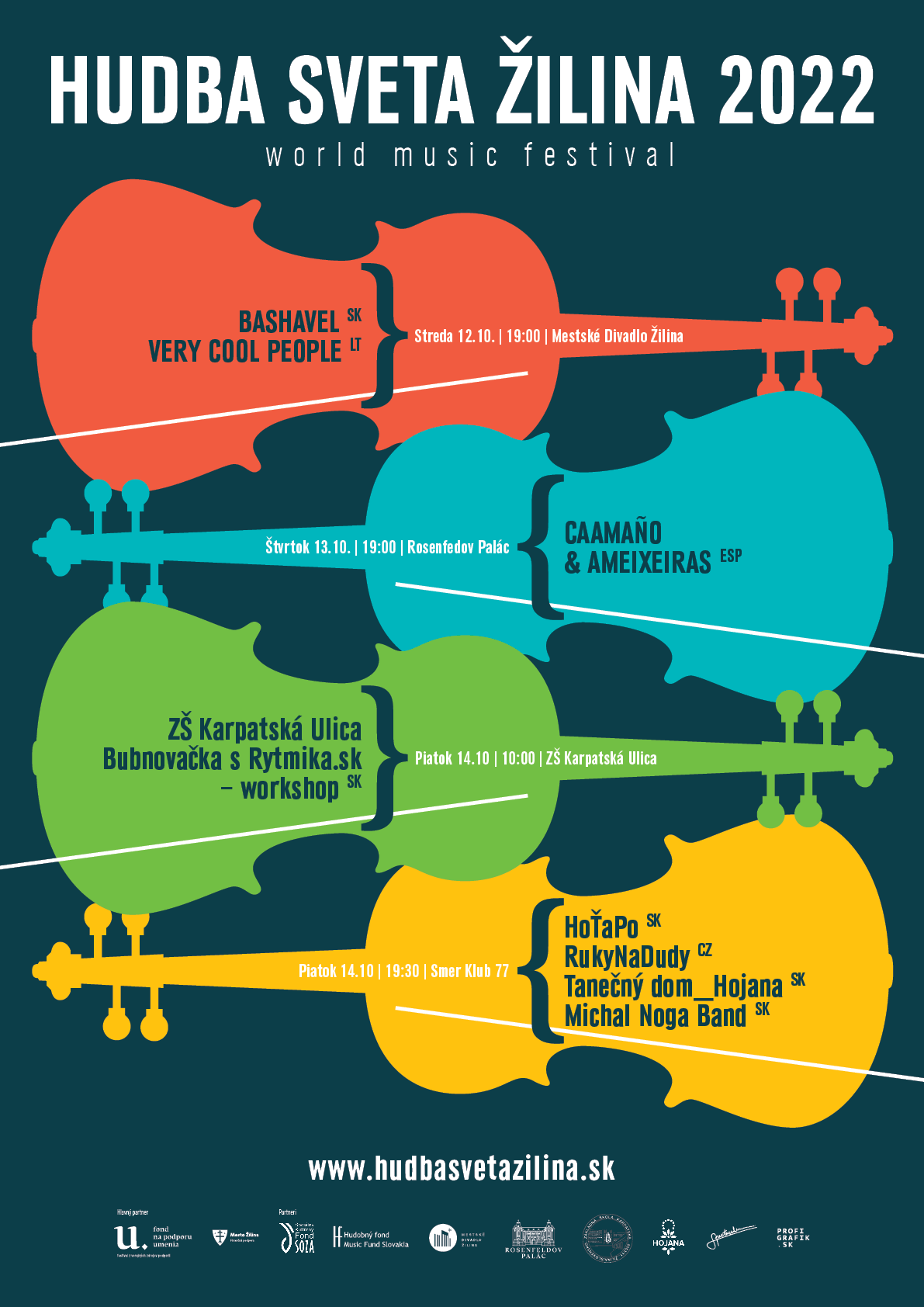 The event was supported from public funds by Fond na podporu umenia. The festival partner is the City of Žilina.

On Wednesday, October 12, the evening will start in a traditional-non-traditional way in the City Theater in the form of a concert by the Slovak band Bashavel. Elite musicians oscillating between genres in various projects came together to follow up folk traditions with their contemporary musical language. The five well-known musicians are Stano Palúch on violin, Robo Ragan on contrabass, Marcel Comendant on dulcimer (a trio from the Pacora Trio and others), Klaudius Kováč on piano and Peter Solárik on drums.

They will mix you a multi-genre sparkling cocktail and add other spices that only they know. Very cool people from the Latvian band Very Cool People are coming to Žilina. The continuation of the Wednesday evening will be a funky dance mix combined with jazz, surf, klezmer and soul. They have already lit up stages at festivals from Estonia to South Korea and can’t wait for their Slovak audience.

On Thursday, October 13, the organizers prepared exotica in the form of an air vortex from Galicia in the premises of the Rosenfed Palace. Aire!, Air!, that’s the name of the album by the duo of violinist and singer Antía Ameixeiras and chromatic accordion player Sabela Caamaño, and it’s no coincidence. The dance interplay of their instruments expands with melodies originating mainly from Galicia, but they also draw inspiration from various other corners of the world. Come and enjoy two lovers of traditional and folk music, instruments and dance.

Friday, October 14, will be marked by dance rhythms, but also by the revival of old playing styles of Slovak and Czech folk music. The temperamental part of the program in the form of a workshop Dance House will be conducted by the guys from Rytmika.sk, with whom the festival has been cooperating for several years.

The evening program will be opened by the home group HoŤaPo. A group of four young musicians and singers from around Žilina will present traditional music from Kysuce and Horné považie. The Czech band with the funny name RukyNaDudy comes from Frenštát pod Radhoštěm. These guys are no newcomers at the scene and are rocking and rolling since 2004. During the concert, they will perform a wide range of musical instruments, such as the koncovka, slovak overtone flute, shepherd’s pipe, salašovka, chlebky, bagpipes and small cymbal. Their playing style moves between the poles of archaic reconstruction and world music. During the concert, they will delight you with well-known, less-known and new songs inspired by the past and traditions.

A novelty of this year will be the Dance House under the batons of the Hojan Authentic Folklore Club.

The end of the festival will belong to the rising star of Slovak folk music, the violinist Mišo Noga and his band NOGA BAND. They are currently enjoying success at domestic and foreign festivals and competitions. In 2020 they released their debut album Stopy, which won the Radio_Head Award as the record of the year in the World Music/Folk genre category. Noga band is the first Slovak group in history to be included in the prestigious Transglobal World Music Charts. In the words of Michal Noga: “Our modest goal was to lead the listener in the footsteps of previous generations into the past and perhaps create our own footstep in the present.”

Join Mišo Noga and other exceptional Slovak and foreign musicians in the footsteps of Slovak and world traditions. Visit the Hudba sveta Žilina festival in October.